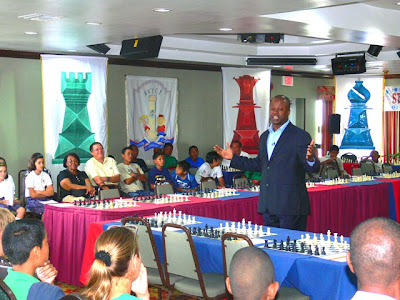 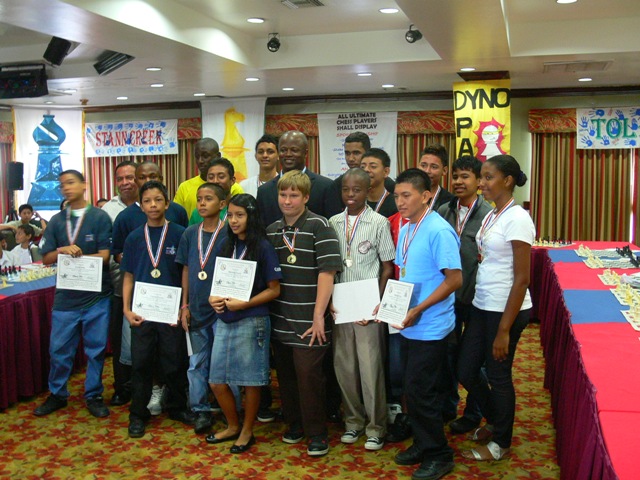 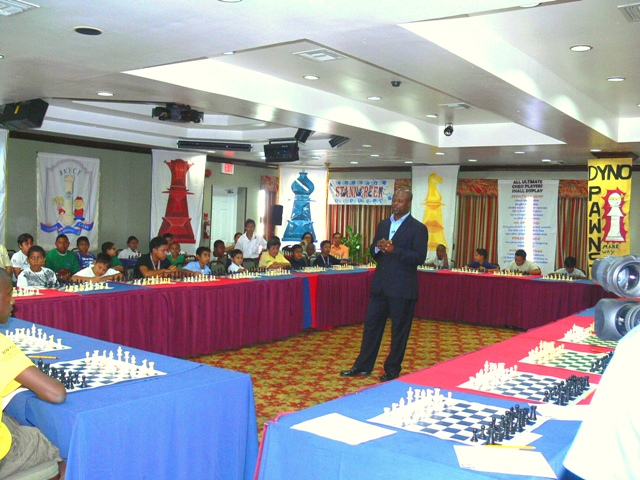 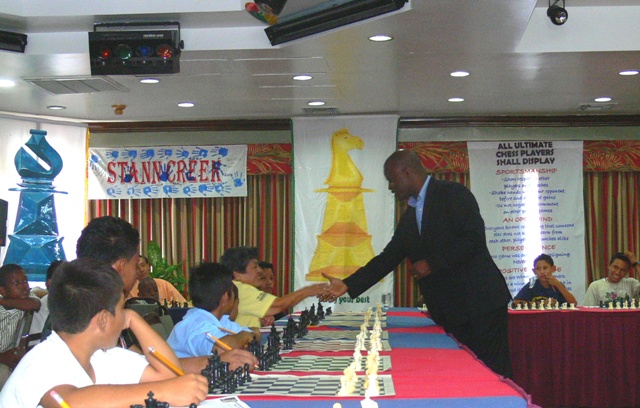 Next to her, there was the youngest chess player of the event, 7 year old player from Corozal. 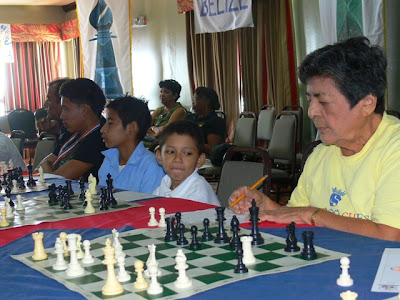 Among the players was the current National Champion Charlton Roches, next to him, one of the strongest adult players David Martinez, and behind them you can see the support group from the Golden Kings and Queens chess group. 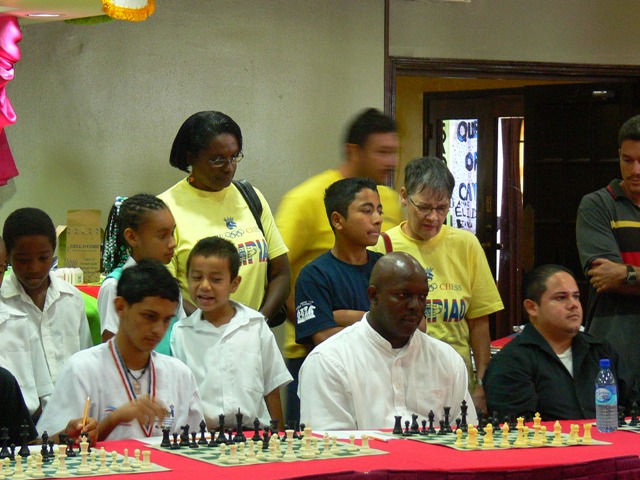 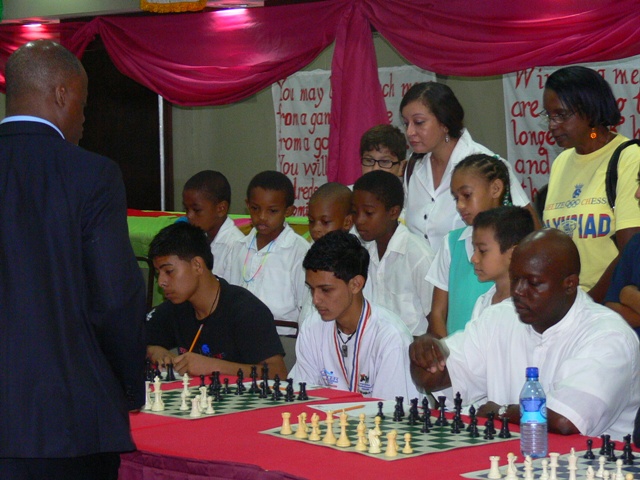 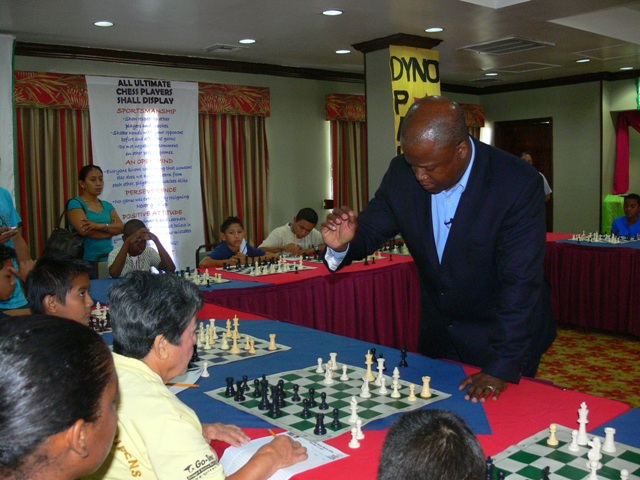 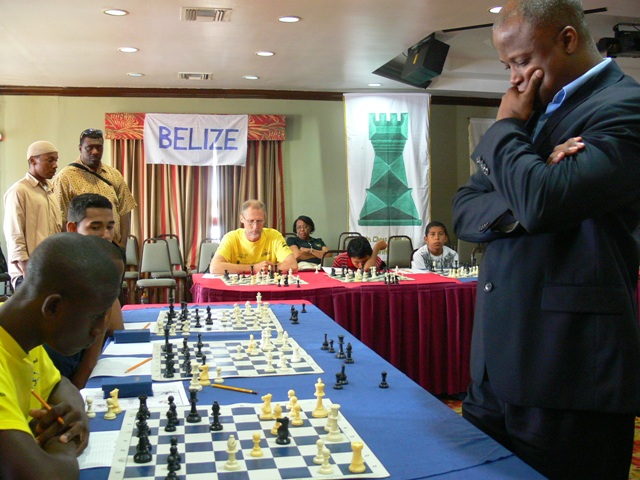 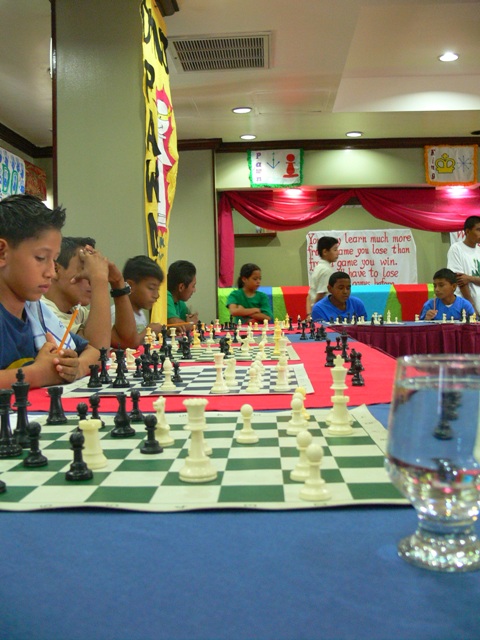 Since the event was taking place during the week, Chanel 7 and Love FM made sure that they have a very comprehensive coverage of the event.  Thanks to them everybody else in the country had a chance to hear the inspirational words from the Grand Master and see our players interacting with him. THANK YOU! 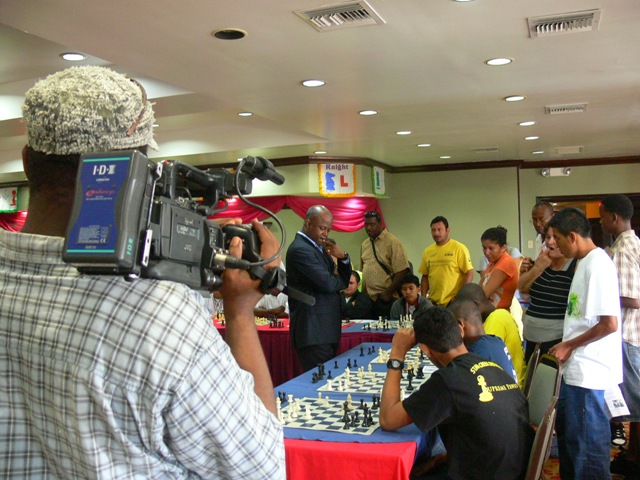 For the last 2 years GM Ashley has been back to Belize for 6 times, each time working with our players, helping them to improve their games and also inspiring them to strive for success. In addition to that, we had International Women Chess Master Sonia Zepeda from El Salvador, who worked with players from all the districts for half a year.  So, we were happy to see the results of coaching - our players improved significantly and even though the Grand Master won 27 games, all the players put a good fight.  AND, we even had one draw: Alfred Awe from Stann Creek proved one more time that he is our highest rated player in Belize. 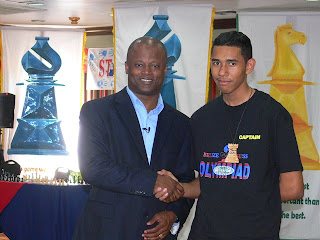 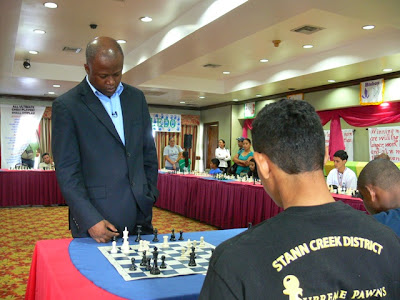 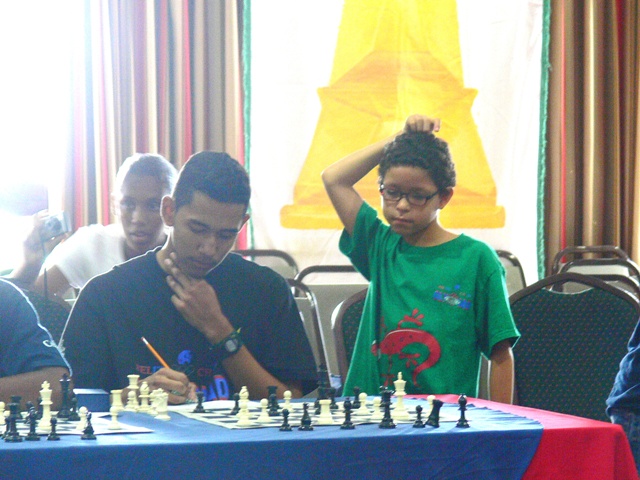 In the afternoon, Grand Master Ashley played blitz games against 15 participants with 2 mins on the clock for them and 1 min on the clock for the Grand Master. Congratulations to the Blitz participants: Leander Campos and Ayleen Perez from Orange Walk; Joshua Gegg, Dwayne Rodriguez and Mauricio Noble from Belize, Hilberto and Machiver Choc from Toledo,  Orvin Carillo and Keiderre Loria from Corozal, Christian Velasquez and Kareem Jenkins from East Cayo, Vincent and Anthony Hulse and  from West Cayo. 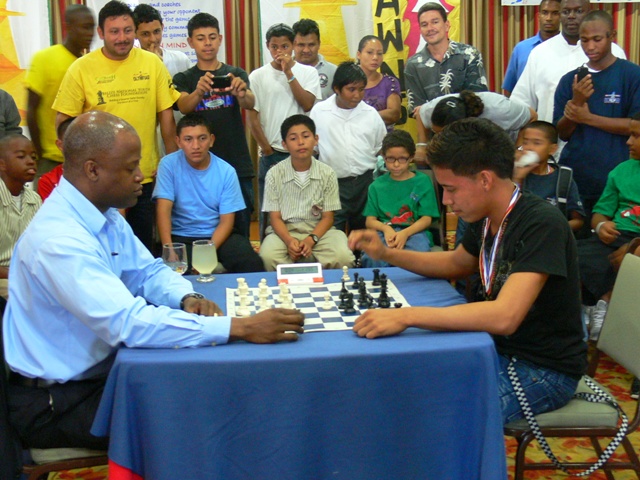 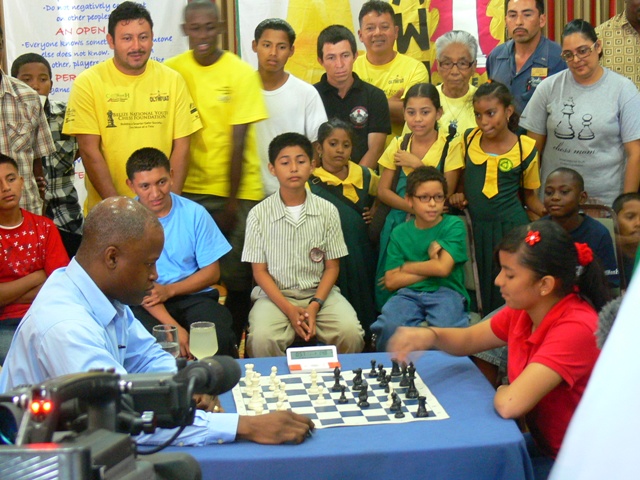 Brent Toombs from Oxa Production, who always volunteers his time to all BNYCF big events, was recording the whole event, and is putting together one hour show summarizing the main highlights. Thank you! 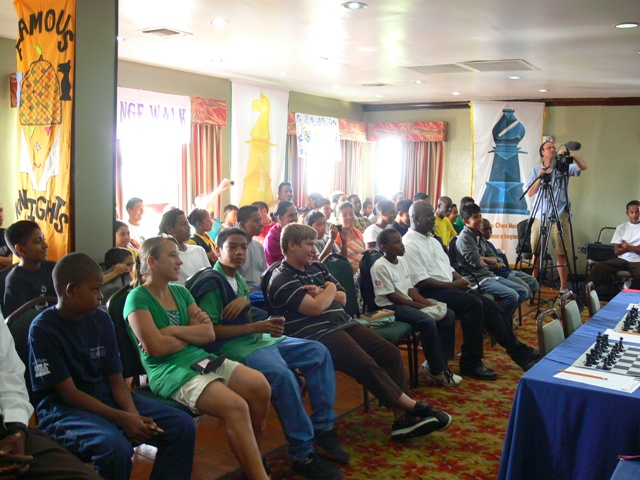 GM Ashley also presented BNYCF with the special package of Chess software, that was donated by Chess Base. We have a very limited amount of chess books and software, so this donation will make a great impact. 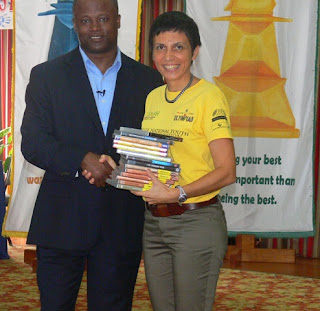 Grand Master Ashley told all the participants that he is very proud of their improvement in chess and that he is looking forward to see them on his next trip to Belize! 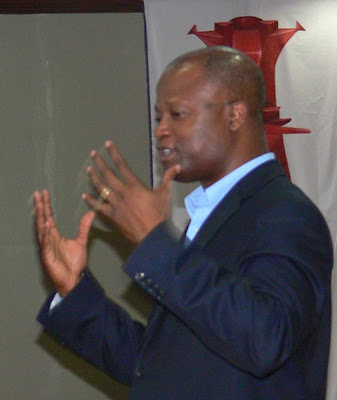 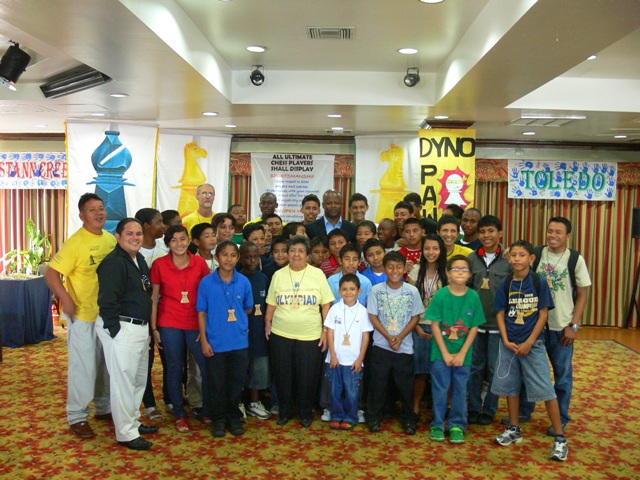 Special Thanks to Art Box for the great awards that they produced and donated to all 42 participants, Radisson Hotel, BTL and Caves Branch Jungle Lodge for sponsoring the event.

To see some of the coverage, please click here: LOVE FM TV coverage

Belize National Youth Chess Foundation, affiliated with BCF
We are not-for-profit organization dedicated to promoting chess, as an educational tool, among the disenfranchised youth of Belize. We use chess as an educational and motivational tool for the purpose of stimulating their interest in the intellectual activity that will enhance their academic and social skills, while making learning fun and providing an environment that will keep them off the streets.