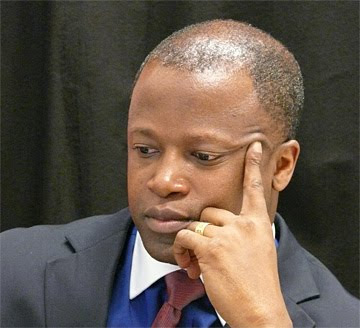 For years, since I witnessed GM Ashley to do the commentary Kasparov -Deep Blue match in 1997, I was convinced that he is one of the greatest speakers. In October 2009 he came to Belize as a guest speaker to our annual chess symposium for educators and since then it was like a "chess fever' in the country. Everybody who heard him wanted to play chess - read chess, dream chess, talk chess, play chess.

He worked with BNYCF coaches and young players right after the symposium, then came back again in January to provide more training for us, then in the summer for the whole week of summer camp,,, and then in January of 2011! 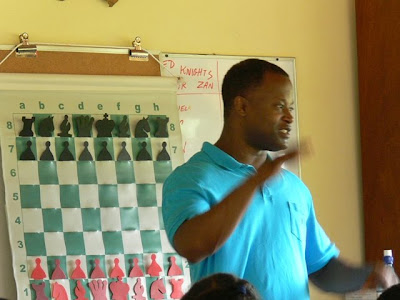 Each time he went on the super advanced adventure trips: repelling 300 feet into the sink hole and climbing up underground waterfalls and conducting chess trainings . 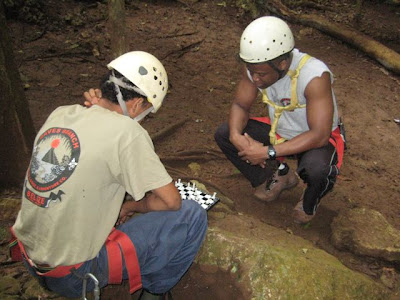 In the summer camp besides providing advanced chess training he was a perfect role model for our players- he lead a team of summer chess camp participants through the adventure race course, proving that the “strong mind needs strong body”. 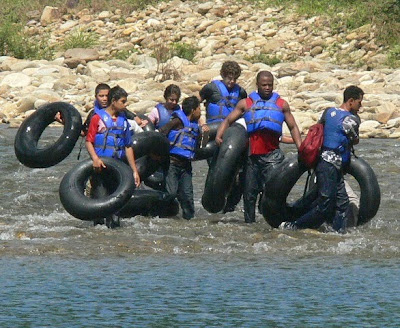 He came as a celebrity and left as our Ultimate Chess Player. 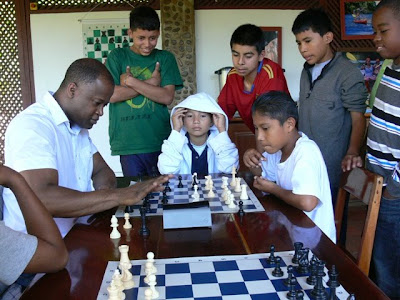 People know Maurice now even in the most remote villages of the country of Belize. 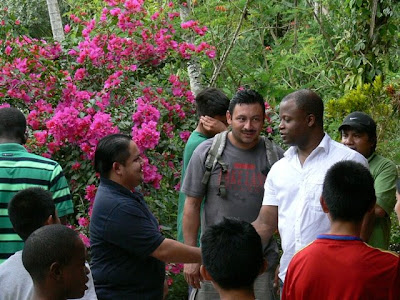 To read more about GM Ashley see below:

GM Ashley has received multiple community service awards from city governments, universities, and non-profit groups for his work. His book, Chess for Success,crystallizes his vision of using chess to help at-risk youth. Outspoken about the importance of directing youth toward scholastic activities, he is a powerful role model for chess as well as excellence in general. The Maurice Ashley foundation is supporting intellectual excellence and aims to help inner city youth overcome challenging circumstances to reach their potential through chess.

Why chess? “One of the wonderful benefits of chess is that chess is a thinking game. You cannot play the game without being completely intellectually involved. You have to focus. You have to problem solve in unique ways. It’s a great format for developing critical thinking skills in children in particular. I call it a discipline because it is a fun game but at the same time, it forces you to train your mind to work incredibly well under difficult and challenging conditions.”

He is known as an incredible inspirational speaker: “ I look at life in a very grand way. I am always shooting for the moon. I believe in the possibility and the potentiality of people. It’s very important to me to inspire others to be their best, to be great, especially young people. I remember going to school barefoot, or when I had “talking shoes”, as we called them. The soles were falling off the bottom. They looked like they had mouths, like they talked. Growing up under those conditions, I could not really have imagined I’d end up where I am today. So I always look to inspire others . We should always look to be as bold in our vision as possible”.

Belize National Youth Chess Foundation, affiliated with BCF
We are not-for-profit organization dedicated to promoting chess, as an educational tool, among the disenfranchised youth of Belize. We use chess as an educational and motivational tool for the purpose of stimulating their interest in the intellectual activity that will enhance their academic and social skills, while making learning fun and providing an environment that will keep them off the streets.